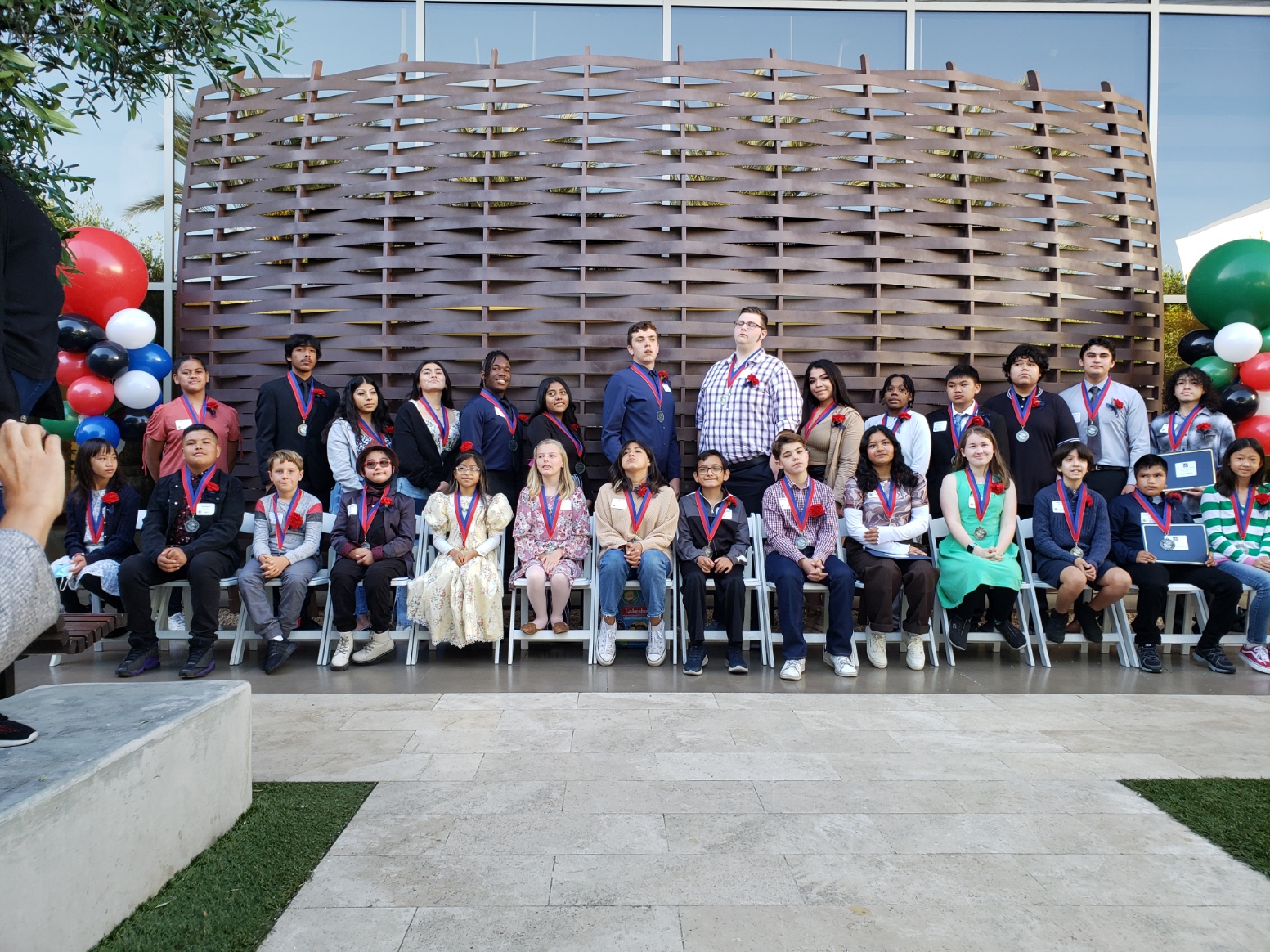 I was lucky enough to represent STS EDUCATION at the Bowers Museum on Friday, March 18, at the ACSA Every Student Succeeding Breakfast and Awards. STS has sponsored a Chromebook for each of these award recipients for many years and 2022 was no different.

The ACSA awards honor students that have overcome extreme adversity in order to achieve academically- some examples included a single teenage mother who’d recently completed her degree, and a young hearing impaired individual that emigrated to the US from Colombia after teaching himself ASL via YouTube to maintain a 3.5 GPA at his school. There were also students who’d overcome severe mental and physical limitations to achieve academically- this was their chance to be recognized, and to have their support teams stand and be recognized also.

I’ve mentioned before that I used to work as a teacher and I feel privileged to be able to bring that experience to the Marketing department at a company that has students at the center of its Golden Circle– it felt really great to get out from behind my computer and actually meet some of the students- in person, faces uncovered- that this company provides solutions and services for.

The Bowers Musuem is a wonderful venue in Santa Ana, a town filled with wonderful little venues– they host free family festivals all the time, make it a point to attend! It was a breautiful Southern Californa morning and the French Toast and orange juice were flowing.

I got to be one of the two sponsors that handed the prize recipients their goodie bags and gave them congratulations after they came off the stage, and they were elated.

The students and their sponsors didn’t know they’d be receiving Chromebooks as prizes- the emcee announced that all the bags had a $100 gift card for Boomers and the crowed oooooohed and then they announced the inclusion of the Chromebooks and the crowd OOOOOOHEEED. It was a spine tingling moment, connecting with students that viscerally. I also got approached during the picture session after the ceremony by a teacher who told me that one of the honorees could barely contain himself, as he was so excited to receive a Chromebook.

It was a wonderful morning and helped me reconnect with the core of our mission at STS- Students!